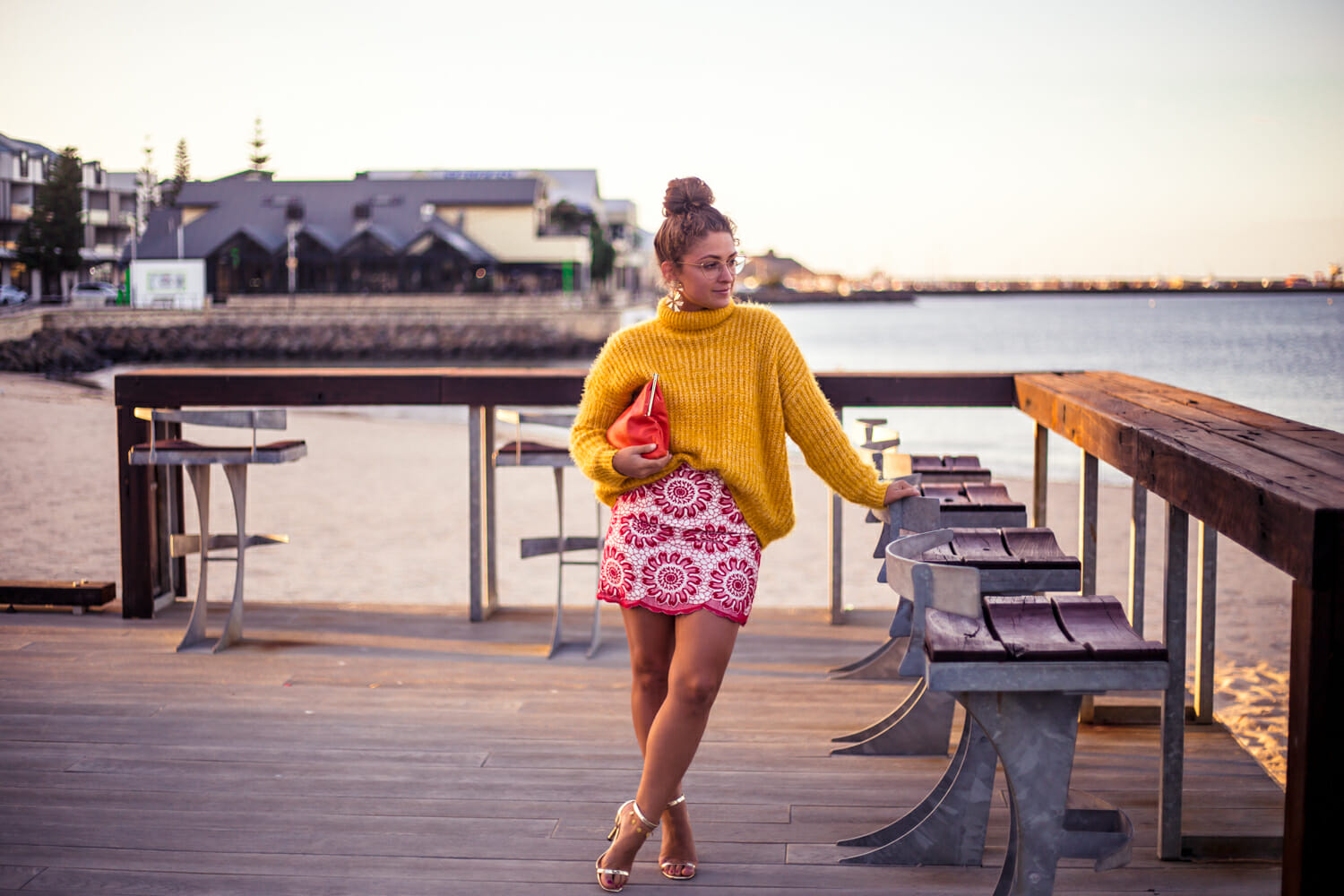 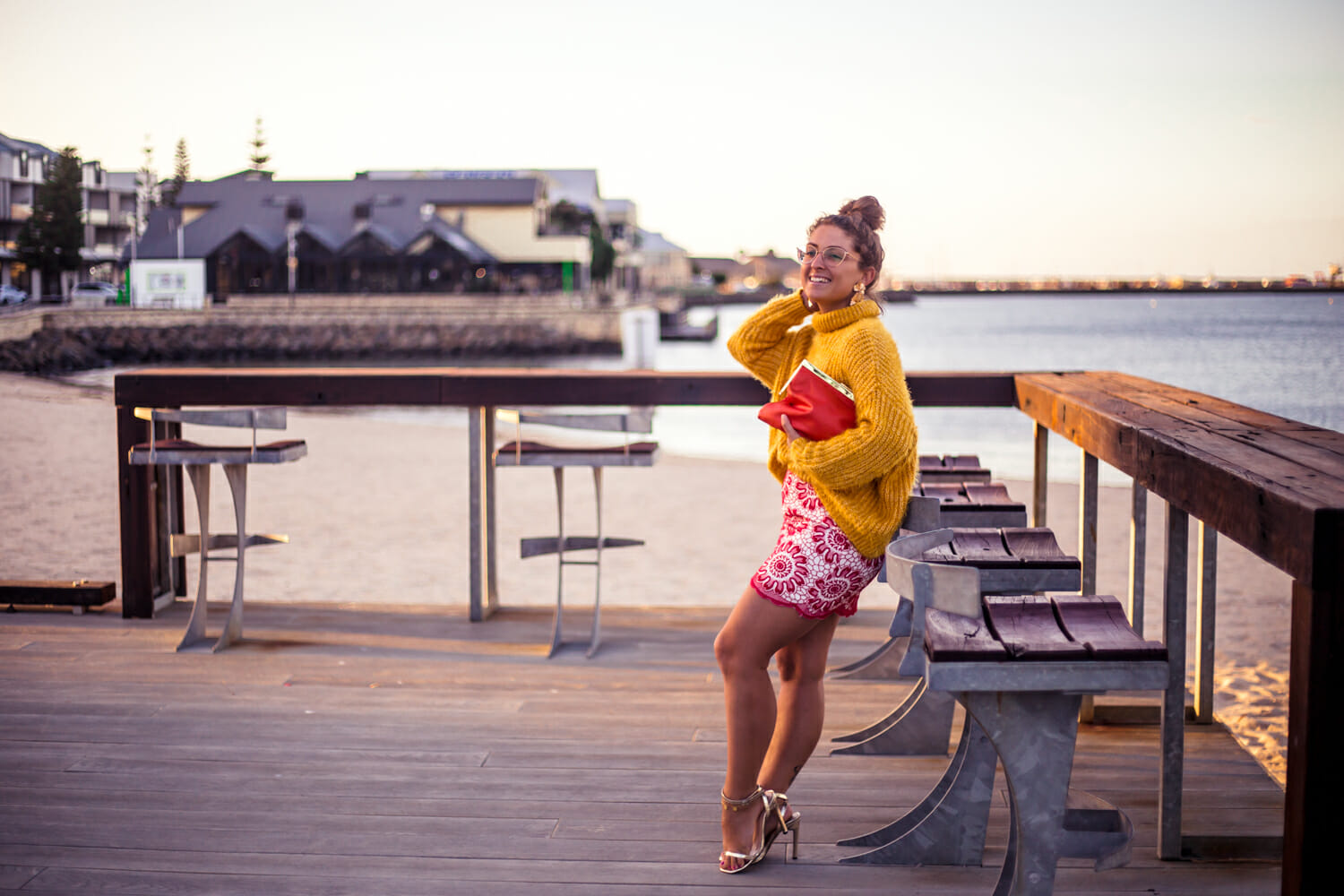 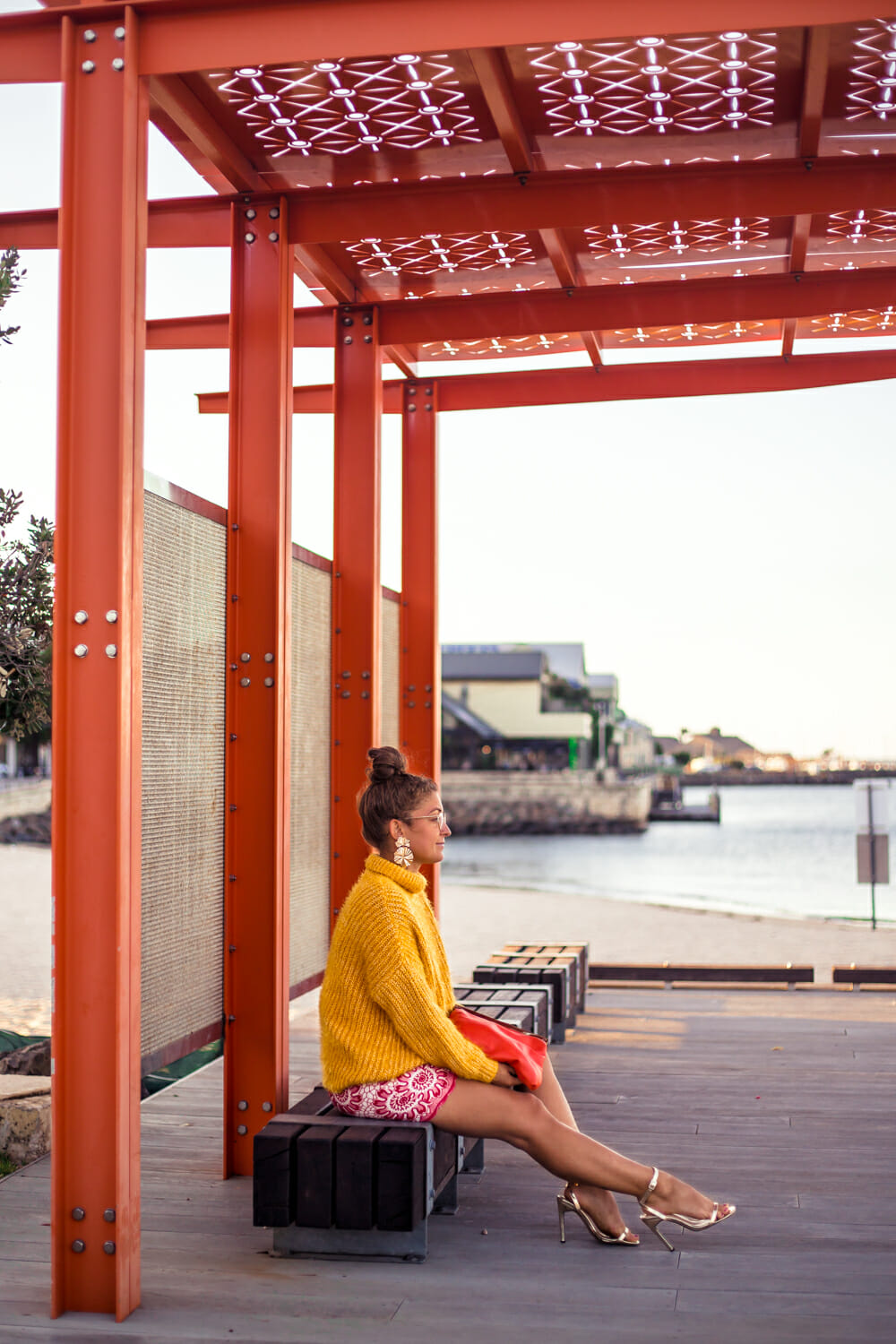 April is over already?! It is actually concerning how fast this year is motoring on by. In the blink of an eye, we are almost half way through 2019. How crazy to think that in just a few more months, the supermarkets will be putting out their Christmas decorations and pushing Christmas sales.

This last month has been an interesting one for me. It hasn’t been exceptionally busy or successful, but the way I am currently feeling has me deceived about what went on over the month. Anyway, you will find out a little more about that as you read on about my April…

April was again aeroplane free. I may not have got airborne, but I did manage to get away for a sneaky trip down south. Before everyone else made the annual Easter pilgrimage to the south west, I popped down for my own little visit.

On a mission for The Upsider and Australia’s South West, I spent a few days exploring my home town of Bunbury. It was so nice to play tourist in Bunbury, because whenever I go back it is always very family oriented and I don’t necessarily get out too much. This trip, I got to go on a wine tour, spend time in the Ferguson Valley and even go swimming with the dolphins (whilst extremely affected from all the wine the day before).

I have been puzzle mad since Christmas last year. I ended up asking for a puzzle from my secret santa, and a puzzle I got. That was the start of the spiral into puzzle obsession. Between Christmas and just after New Year, myself and my family powered through 3 different puzzles. 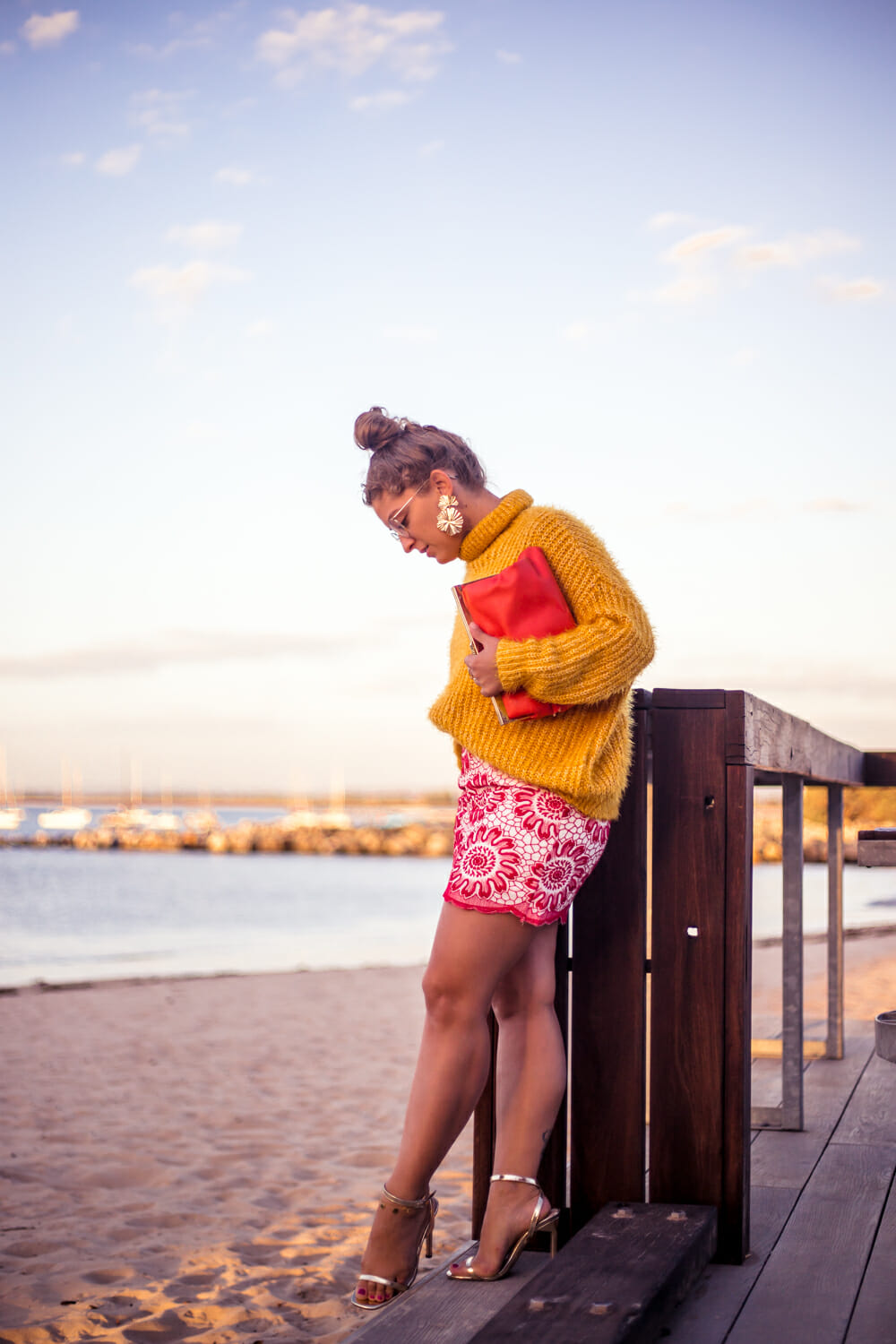 Fast forward to now, and my housemate and I are on to our 7th puzzle for the year together. We finished 2 of them in April, and started on a 3rd. Yep, we are going gangbusters on these things! With the absence of a TV in the living space, we often spend our down time sharing a bottle of wine, listening to some music and poring over a puzzle. It is much more social than watching TV together, and a lot more stimulating too.

So far, most of our puzzle purchases have been made at the op shop, and not one of them has had a piece missing. Not bad for some $3 entertainment!

You can’t wipe the smile off my face about this one!

Back in early April, I received an Instagram notification from Jess Alizzi telling me I had won a competition she had run in collaboration with Moconna. I was in with one of my clients at the time and I definitely did not keep my cool.

Just before April was up, my prize arrived in the mail and I once again lost my shit. I actually won $2000 worth of flights. I can’t believe it! For a while I have been wanting to get back over to Europe (no reason, no reason at all), but it is obviously quite the process saving up for such a trip. Now, with this voucher, part of the financial burden is alleviated and I am that much closer to getting to some new countries!

I learned how to make kefir

OK, so this isn’t monumental nor difficult, but I am proud of myself for finally getting around to doing it. My gut is pretty fragile and people have been telling me to get on to kefir for so long. Packed with a broad spectrum of good bacteria, kefir is quite the superfood and so good for your gut. Anyone can benefit from taking it. 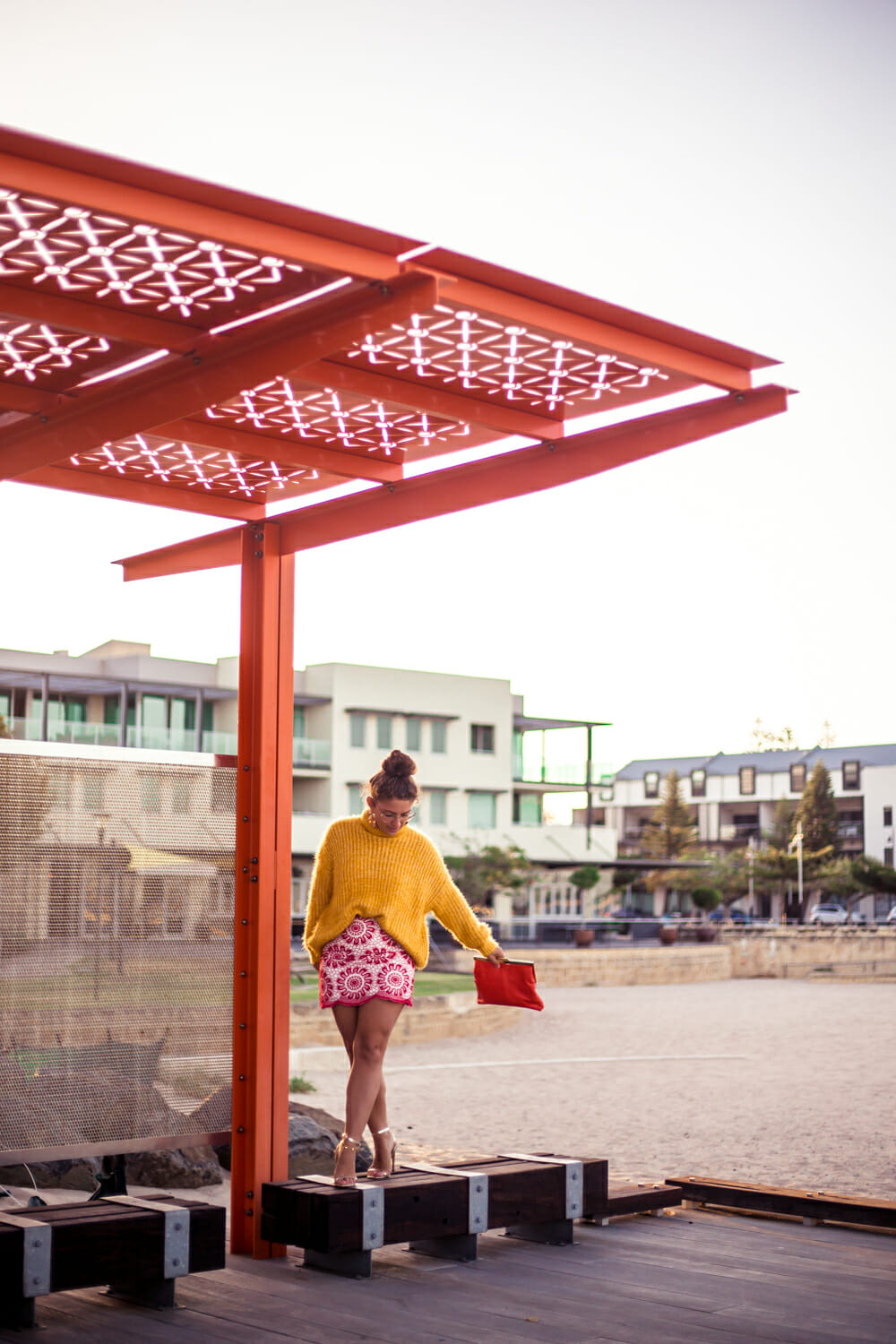 Just at the start of the week, I finally got my hands on some kefir grains and have started brewing my own batch which will be ready any minute now (EDIT: It is ready. I had some today). It looks funky, it smells funky and it tastes a bit funky, but it is all in the name of better gut health!

THE NOT SO GOOD

A red back attacked

I am going to put it out there and say that red back spiders are one of the most feared creepy crawlies in Australia. So much so, that anybody who doesn’t live here knows exactly what they are, and anyone that does live here is shit scared of them too.

Well, on ANZAC day, one of these delightful creatures decided to have a munch on my leg.

If I was rating the experience on Google reviews, it would get zero stars. While red back bites aren’t fatal, they bloody well hurt. You will definitely know about it if one gets you.

At first, the bite just felt a bit like any other insect bite – a bit stingy and hot and uncomfortable. Within a minute, there was an intense aching pain in my groin as the venom had travelled up into my lymph nodes. At that point, I still didn’t know what I had been bitten by but I got really worried and tried my best to limp over to the pharmacy across the road. Because I didn’t know what had bitten me, they just said to keep an eye on it and possibly go to a doctor to get it checked out.

When I got home, I spied the little bastard that bit me and my gut dropped. There is no mistaking that red back on the spider. So a trip to the emergency department (it was a public holiday so that was my best option), some codeine and a script for more codeine and some tramadol later, and I was in bed recouping for a few days.

Like I said, a zero star experience. Not deadly, but not at all fun. 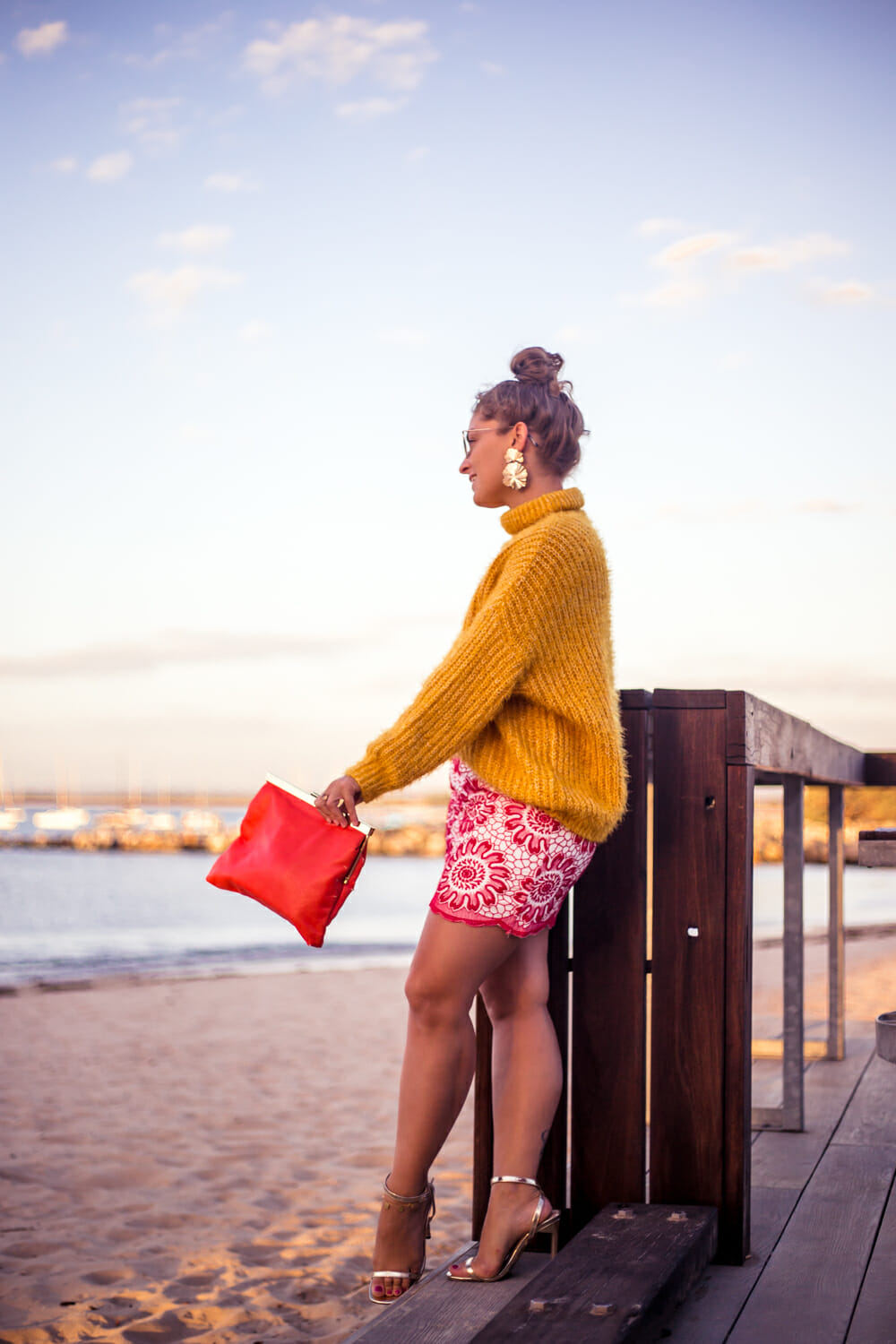 I seem to have lost my Doodad and Fandangos

For the life of me, I can’t work out where my favourite big, black, dangly Doodad and Fandango earrings have gone. I know that I last wore them at the Freo Social launch back at the start of April, but I am at a loss as to where I put them after that. It is devastating news for this big, bold earring lover over here. It sounds so trivial, but nobody likes losing things they love!

My anxiety is back with a vengeance

Even though I have cut out all the coffee and am back on the decaf train, my anxiety seems to have flared up again. I am 99% sure it is because I am putting a ton of pressure on myself. I know what it is, I know how I should be stopping it, but I can’t damn stop it! As a result of the mad anxiety, I have kept quite to myself for the last month or so. The idea of adding more noise to my already noisy mind was just too overwhelming. So, to all my friends – if I haven’t reached out to you recently, it is not that I am not thinking about you. It is just me needing some quiet and some time.

~ My new wool doona – rather than spend a $100 voucher I got for Karrinyup Shopping Centre on something to wear, I adulted and put it towards something I knew I needed. Now that the nights are getting colder, my summer doona wasn’t cutting it, so I put the money towards a new, cosy, wool doona. If I didn’t have a mild panic attack at the cost of down doonas, I would have bought down; but the wool doona is proving to be worth it’s weight in gold.

~ Watching my plants go through seasonal change. At first I was panicking an thinking that all my plants were dying on me. On closer inspection, the ones that are seemingly dying are just adapting to the cooler change April brought, and now have new leaves unfurling. It makes me proud to watch new shoots appear on my vines, and to watch new leaves on my elephant ear unfurl. 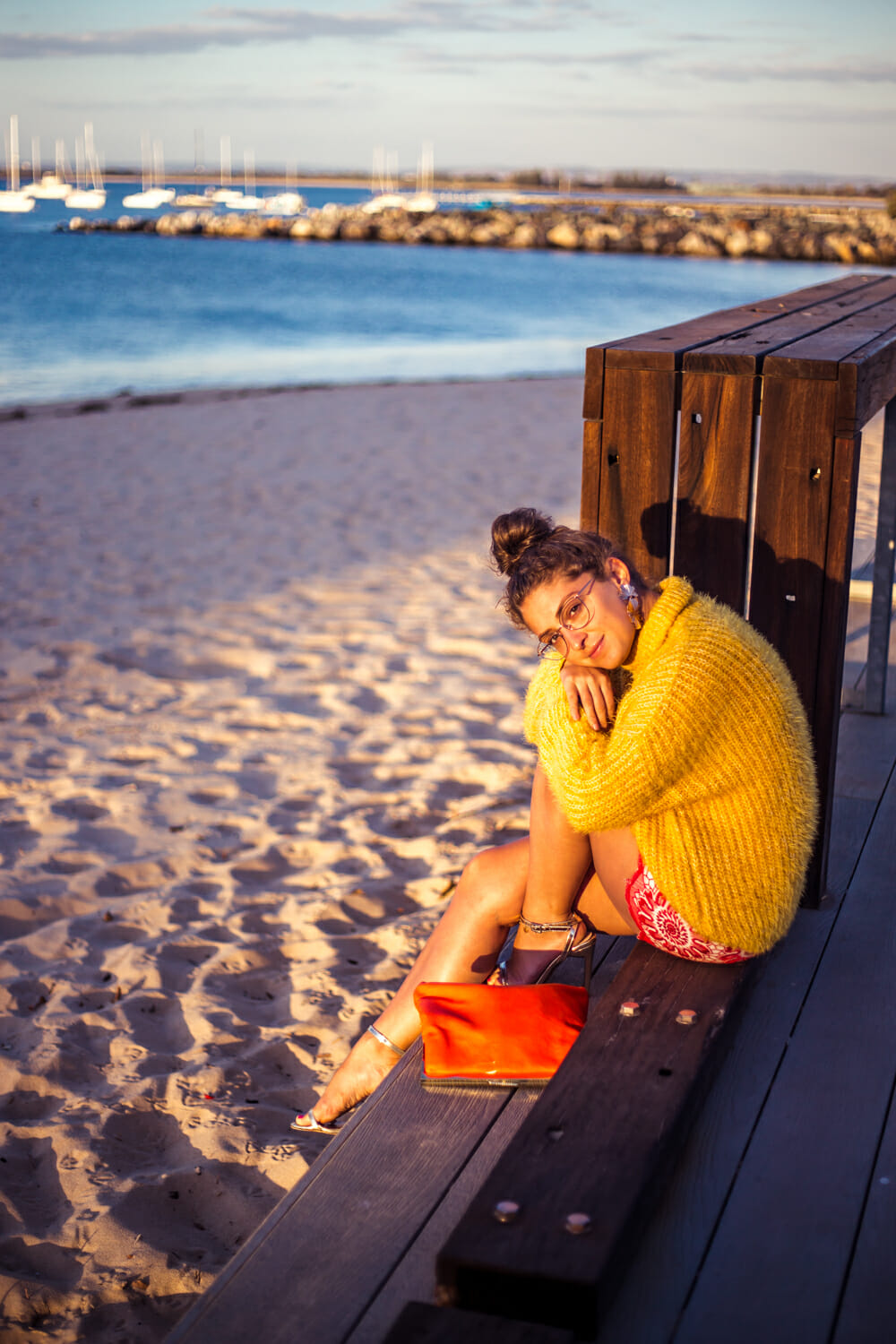 ~ World of Dance. I am actually obsessed. Not just with JLo, Ne-Yo and Derek Hough (he ruined the rhyming), but with the incredible talent that show is putting out there. I haven’t ever really been much of a hip-hop lover and unfortunately most dance TV shows favour hip hop and contemporary, but I have been loving a lot of the hip-hop routines that are coming through. Most of all, it is the latin and ballroom dancers that are impressing the pants off me!

~ That we can’t get American talent shows on Aussie TV. Don’t tell me you don’t agree with me that the US version of The Voice is a million times better than the Aussie version. And So You Think You Can Dance? World of Dance? All of them! I don’t watch much reality TV (The Bachelor can get in the bin), but I have a weak spot for RuPaul, SYTYCD, World of Dance, Dance Moms and the US version of The Voice. Oh… and Toddlers and Tiaras.

~ Mt Lawley’s speed limit change. Literally the entirety of my suburb, and the major roads extending out from it (Vincent, Bulwer, William etc), have been made into a 40km/hr zone. Honestly, I think it is taking the piss a little bit. Major thoroughfares like Bulwer St don’t need to be a 40km/hr zone. Neither does William.

~ People I know taking me for a ride because I have a blog. This happens all the time, but it has been grinding my gears a fair bit lately. Just because I have a blog, it doesn’t mean it is a free-for-all and you are going to get a shout out on here because we are acquainted. This is my space. This is a part of my job. I am well aware that everyone is just trying to do their best to get their business name out there and make money, but it is a two way street. I am doing exactly the same thing. If it were a real exchange between acquaintances, there would be something on offer on both sides of the scale. 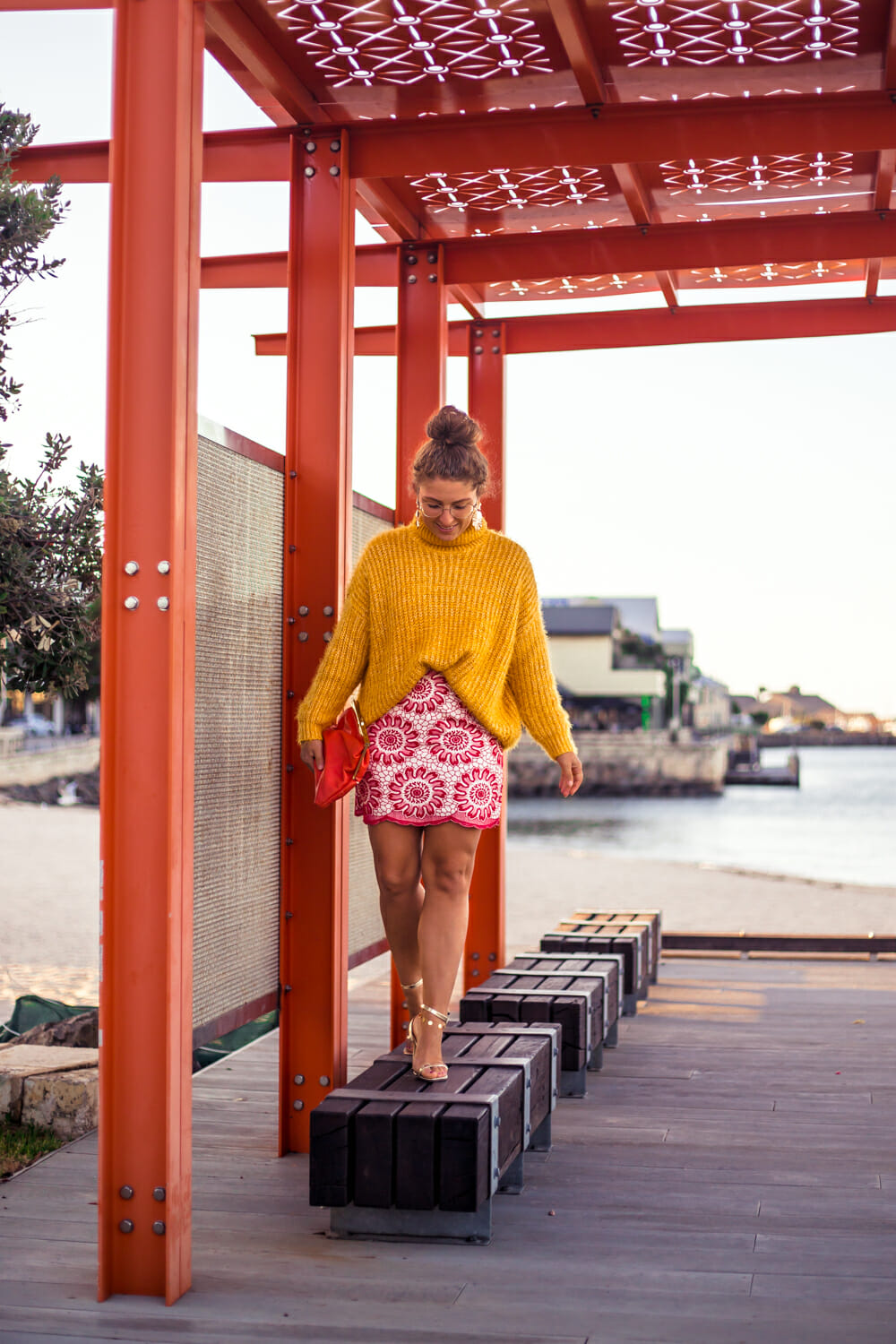 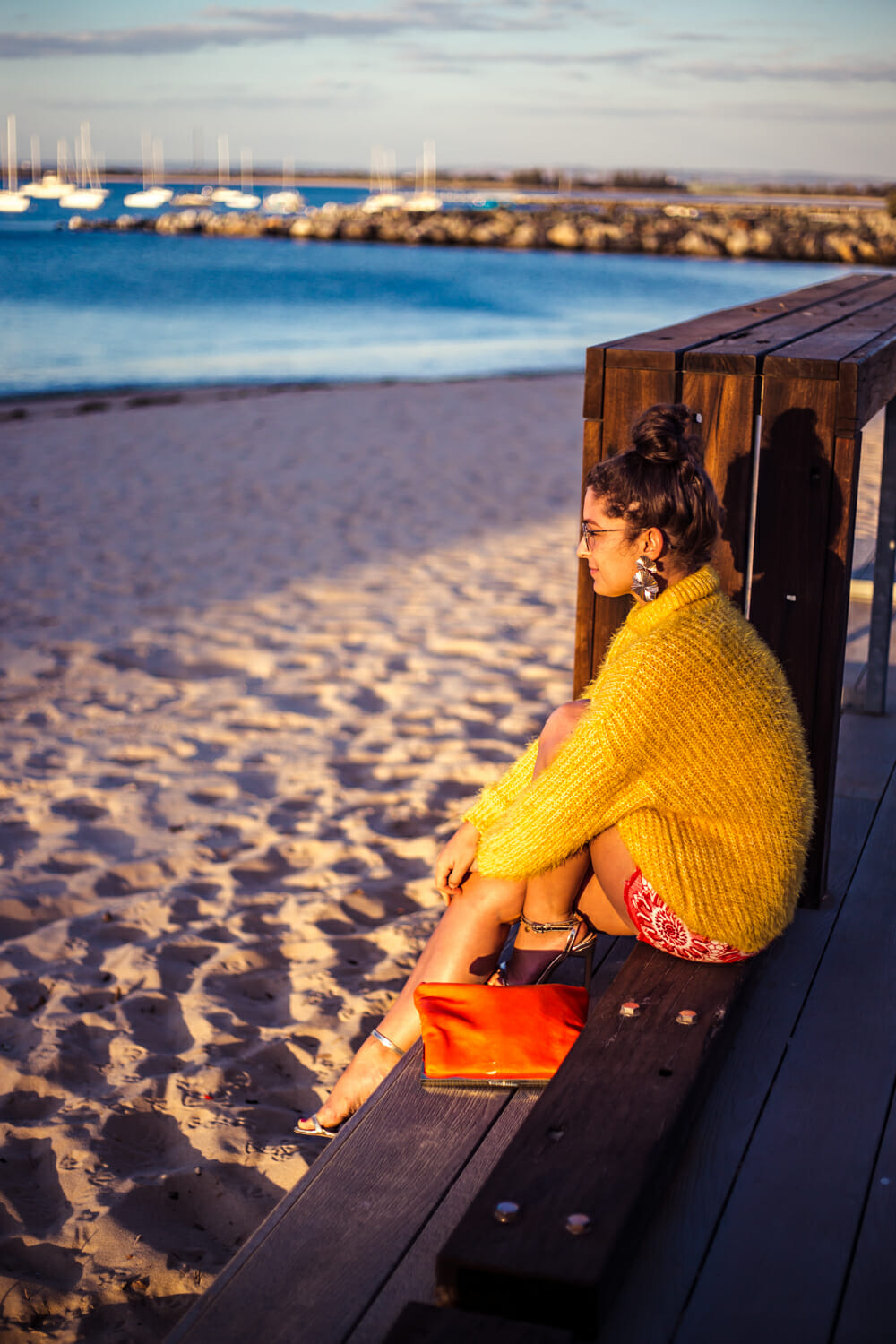